Raiden was an Orc who lived in Japan at the beginning of the Meiji Restoration. He was previously a hired thug and hitman, but desired to leave his criminal past behind him.

He came to Japan after fleeing another land (country) due to discrimination.

He once once treated nicely by a young elf girl, whos memory has endeared him to Sonya.

After loosing his his leg it is either reattached or replaced and becomes slightly more green than the rest of his skin.

Raiden was voiced by Daisuke Hirakawa in the Japanese dub of Bright: Samurai Soul, whilst he was voiced by Fred Mancuso in the English dub. 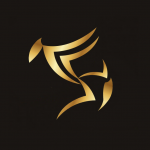