Poison was a Human and leader of the terrorist gang Altamira.

After hearing that there was a Magic Wand in his neighborhood, Poison and his gang headed to a building where police Ward had just killed his corrupt companions. After a confrontation, Ward, Nick and Tikka are forced to flee from them under fire.

Poison follows them to a strip bar that he takes by use of arms. There, he asks Ward to give him the Wand since he wants to use it to cure himself of his paralysis, which seems to start halfway down his torso. However, the Inferni invade and kill all the Altamira. Poison is killed by Leilah who cuts his throat with a knife.

Poison is portrayed by Enrique Murciano in Bright. 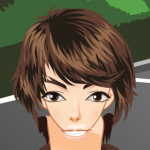